Film... WOW you wont believe how hard it is until you use it, it's not as easy as it looks you really have to think like really really think, you have to think about the film ISO, the sun, the shutter speed, the fstop, shadow, reflective light... okay to make it short, everything you can think off related to light which pretty much everything.

so my first roll of film i got 5 viewable photos out of 12 and 2 acceptable out of the 5, which personally i think i did great don't you think :Pp >>Link & Link<<

but at the same time its damn wast of money *chi-ching sound* and time, seriously i can't keep wasting my money on over exposed films and just get out of it with 2 or 3 acceptable photos i don't think anyone would like that either, so this situations must be fixed ASAP!

so i think a lot and try to find out where did i go wrong first of all i found out that the instructions on the back of my lubitel 166+ is meant to be used for films of 100 ISO -_- and the films i was using (ordered from amazon) were all 400ISO color and black & white, so thats why half the photos were over exposed *jump out of the window*

so i loaded the next roll of film taking in consideration that its a 400 ISO film *slap own face* okay since we get over this obstacle the next challenge is to get the right shutter speed and fstop for each and individual photo they can't all have the same settings, and since the 400ISO is more sensitive to light then the 100ISO the instructions on the back of the the camera is not accurate anymore so i need to find out a way to learn my shutter speed & fstops and to find out if there was a thumb rule to fasten things up.

okay okay this is taking longer then i thought :Pp

the following have been quoted from here >> Link <<

In photography, the Sunny 16 rule (also known as the Sunny f/16 rule) is a method of estimating correct daylight exposures without a light meter. Apart from the obvious advantage of independence from a light meter, the Sunny 16 rule can also aid in achieving correct exposure of difficult subjects. As the rule is based on incident light, rather than reflected light as with most camera light meters, very bright or very dark subjects are compensated for. The rule serves as a mnemonic for the camera settings obtained on a sunny day using the exposure value (EV) system.
The basic rule is, "On a sunny day set aperture to f/16 and shutter speed to the [reciprocal of the] ISO film speed [or ISO setting] for a subject in direct sunlight."[1] For example:
As with other light readings, shutter speed can be changed as long as the f-number is altered to compensate, e.g. 1/250 second at f/11 gives equivalent exposure to 1/125 second at f/16.
An elaborated form of the Sunny 16 rule is to set shutter speed nearest to the reciprocal of the ISO film speed / setting and f-number according to this table:[2][3]

so i hope this help you to figure out things as i did and i'll keep surfing the web for more things and tips, wait for my next roll of film to finish and to be uploaded hopefuly i'll get more acceptable photos and good ones too :)
at March 29, 2011 No comments:

My Current Project: back to basics, back to film So if you have read my last post "what's next?" you would know that i'm always changing always look for the next challenge.

Digital photography is an amazing world fill with options and creativity you can pretty much do / change anything to your photos corp, contrast, temperature, saturation, exposure, resize, level, B&W, sepia... the list is endless.

I have enjoyed the endless choices but with time i have kinda lost interest i can't feel the challenge anymore so i looked around and keep asking for the next challenge, well what's better then a limited options and controlled environment of photography.

Film Photography, yes its limited it a one take shoot either you get it right the first time or just keep trying, what's more challenging is you wouldn't know how your shoots will look like until you get the film processed.

The challenge is great the results its even better, i wont lie to you it might be disappointing at first but its what keep you going whats keep me going, you fail, you overexpose, you forget the cape on, you forget to turn the dial to the next frame you get double exposure.

I know i can just chose to use my DSLR on manual mood and just keep switching for one fstop to another from one shutter speed to another and save me some cash on processing overexposed films but seriously where's the fun where's the pressure where's the anger and frustration of getting things done wrong.

So the next few post i'll be talk about my experience with film photography i already posted few of my results on flickr and here too on my previous post you may want to check it out and give me some hints and tips or just want to comment and discuss about some of the thing i'm doing.
at March 16, 2011 No comments: 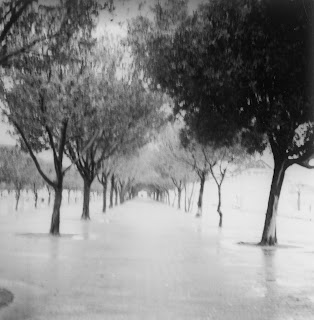 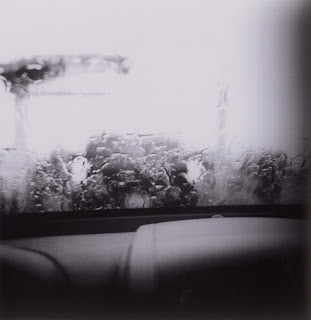